When it comes to "doing" history, sometimes explaining different interpretive frameworks can be difficult. Take a narrative that commits the fallacy of "Whiggishness,' for example. This is an historical faux pas non-historians -- especially politicians -- often commit where events of the past are strung together in a way that artificially demonstrates social and political … END_OF_DOCUMENT_TOKEN_TO_BE_REPLACED

If you've been following Chris Gehrz over at his blog, you'll know he's been doing a bit of traveling of late and his latest post offers some interesting reflection. He's put together a fascinating montage of material culture related to how British children experienced the Second World War. In speaking to what we learn about … END_OF_DOCUMENT_TOKEN_TO_BE_REPLACED

Sometimes there's a fine line between madness and religious genius and whether its one or the other can be a matter of interpretation. A recent lecture about the beginnings of the Moravian Church held at the Moravian Archives in Bethlehem, Pennsylvania, reveals that the early inhabitants of Herrnhut found themselves wrestling with this question as they witnessed … END_OF_DOCUMENT_TOKEN_TO_BE_REPLACED

Jimmy Carter, whose life-long faith and charity work is well-known, has taught Sunday School for most of his life. Perhaps you didn't know it, but you can actually attend his class at Maranatha Baptist Church, though they recommend you get there no later that 5:30 am if you want a good seat! (Back in May, … END_OF_DOCUMENT_TOKEN_TO_BE_REPLACED

Earlier this week NPR's Mary Louise Kelly interviewed NASA administrator (and former Republican Representative from Oklahoma), Jim Bridenstine, on All Things Considered. When asked, "Why do humans have to go to Mars?" Bridenstine remarked that its not just human nature to explore, but "its who we are as a country." That's why "we" ventured to … END_OF_DOCUMENT_TOKEN_TO_BE_REPLACED

Civil War buffs - you know some of them. They've visited the battlefield, can tell you the details of uniforms and weapons technology, and love to debate the merits of wartime generals. They know battlefield geography and the the conditions of ordinary soldiers. But I doubt you know any "Reconstruction buffs." Reconstruction refers to the … END_OF_DOCUMENT_TOKEN_TO_BE_REPLACED

Yesterday, the Anxious Bench offered up a fascinating post by Hilde Løvdal Stephens, who teaches English at the University of Southeastern Norway. She is doing some groundbreaking research on transatlantic evangelicalism in the decades after World War II -- the era of Billy Graham crusades and Cold War fears. More specifically, she writes about the … END_OF_DOCUMENT_TOKEN_TO_BE_REPLACED

My biennial class on the American civil war is coming up this fall. In addition to the war itself, I am looking forward to covering the historical narratives that continue to capture our imagination as Americans. Of course this will include Lost Cause historiography, which leads to the question above. Historian Kevin M. Levin has … END_OF_DOCUMENT_TOKEN_TO_BE_REPLACED

More than a few Evangelical historians are vocal critics of David Barton and Eric Metaxas (for good reason). This week, as we've celebrated the July fourth holiday, John Fea and Thomas Kidd have drawn attention to the same well-worn talking points we've come to expect. Kidd has specifically referenced Barton's old and anachronistic claim (this … END_OF_DOCUMENT_TOKEN_TO_BE_REPLACED

When my teenage son agreed to read and discuss a book together I landed on a book I had not previously known about: William Ringenberg’s Letters to Young Scholars, the second edition of which came out last year. I knew Ringenberg, the retired but long-time professor of history at Taylor University, from CFH circles and … END_OF_DOCUMENT_TOKEN_TO_BE_REPLACED

This week I considered the importance of Christian friendships between women and men and shared a bit more about the origins of our Faith and History devotional. (Click that link to learn how to pre-order with a publisher’s discount.) Elsewhere: • We’re now less than a month away from starting face-to-face classes at Bethel… I hope someone’s […]

Can Christian Women and Men Be Friends? 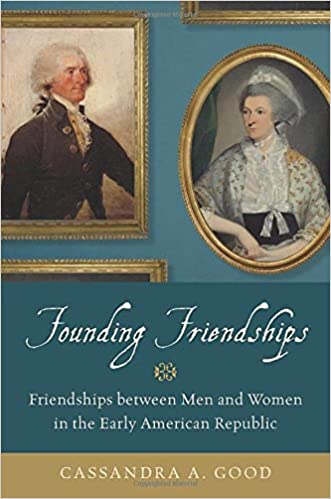 Earlier today I enjoyed listening to my friend Kristin Kobes Du Mez take questions from Minnesota Public Radio listeners about her new book, Jesus and John Wayne. That I’ve gotten to know historians and professors as gifted as Kristin is one of the many benefits I enjoy as part of the crew at The Anxious […]

Some of you have been following the Dan Feller controversy at SHEAR. Get up to speed with Episode 72 of The Way of Improvement Leads Home Podcast. You can also read my posts on this controversy here. After Feller delivered his paper “Andrew Jackson in the Age of Trump,” Feller was criticized for saying that […]

Eric Metaxas is writing a memoir

Court evangelical Eric Metaxas is writing a memoir and a book on atheists. I am sure he got a nice advance for both books. Court evangelicalism sells. Here is the press release from Salem Books: Washington, D.C.—Salem Books today announced a major deal with internationally recognized speaker Eric Metaxas, who is the author of seven bestsellers—including Bonhoeffer and Miracles. […]

The Hermeneutic Circle
Blog at WordPress.com.