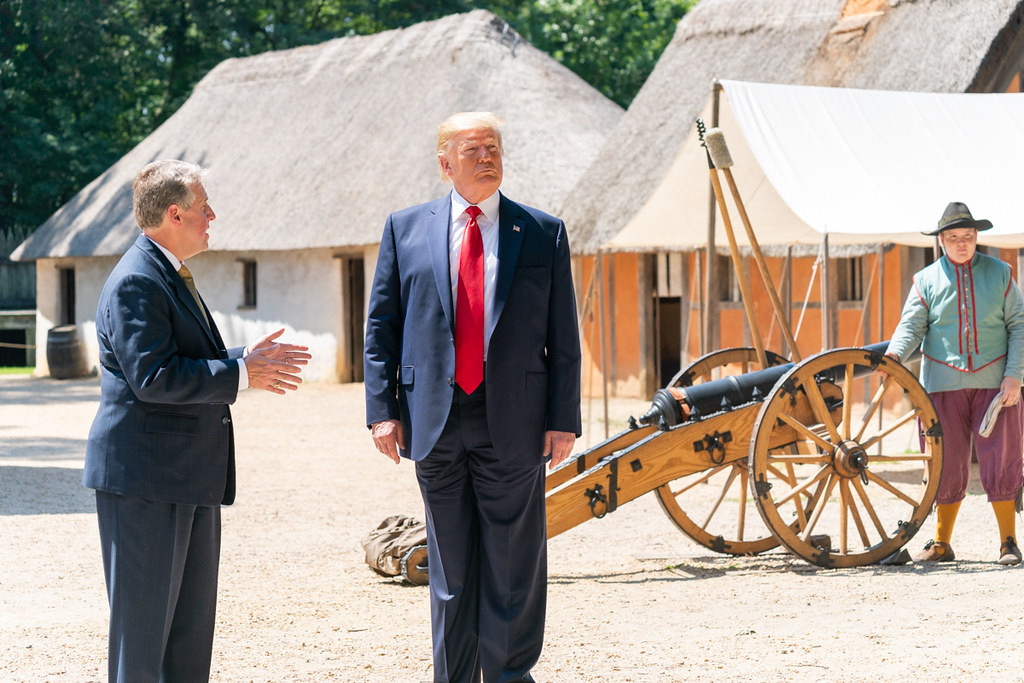 When it comes to “doing” history, sometimes explaining different interpretive frameworks can be difficult. Take a narrative that commits the fallacy of “Whiggishness,’ for example. This is an historical faux pas non-historians — especially politicians — often commit where events of the past are strung together in a way that artificially demonstrates social and political progress that seems inevitable in hindsight. It smooths over the inherent messiness and moral tensions and often overlaps with the “triumphalist” fallacy, where the past is used to validate the legitimacy of the “tribe” to which the story teller belongs.

As I try to explain these interpretive pitfalls, I am always on the lookout for concrete examples. Politicians are notorious for pressing the past into service of their platforms. So let’s be clear that Trump is not alone here. But I appreciate John Fea’s minute-by-minute analysis of Trump’s recent commemorative speech at Jamestown, in which he provides a historian’s take on the interpretive liberties taken by Trump’s speechwriter. Trump’s controversies over race aside, the speech is, as Fea points out, a teachable moment for students of history. Fea says:

20:00ff: Trump now draws a direct line between the settlers of Jamestown and the settlement of the West, the winning of the American Revolution, the ending of slavery, the securing of civil rights, the invention of the airplane, the end of communism, and the placing of the American flag on the moon. This is Whig history run amok. And somehow he even manages to connect Jamestown to the American exploration of Mars!

21:26: Trump keeps going: “But among all of America’s towering achievements, none exceeds the triumph we are here to celebrate today: our nation’s priceless culture of freedom, independence, equality, justice, and self-determination under God.” Are these really the lessons history students should learn from colonial Virginia?

The one-minute protest at Trump’s speech is getting all the attention today, but we also must come to grips with the fact that Trump completely mishandled the past.