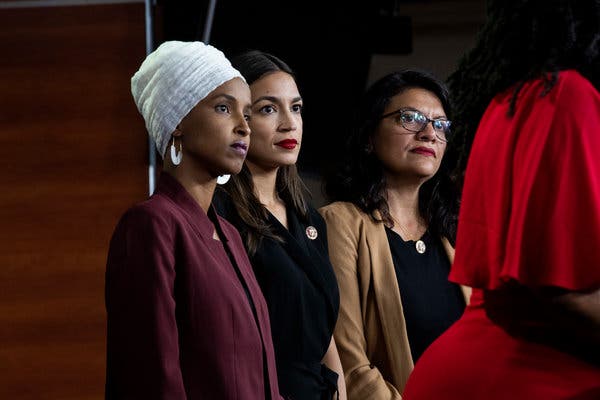 Though Donald Trump’s recent racist tweets may have showcased the far-right’s strident opposition to Muslim “squad” members, Ilhan Omar and Rashida Tlaib, the foundations for this vitriol have been in the works long before the two Representatives were elected. While Trump defenders are claiming its all about Omar’s democratic socialism, for decades now, a cluster of voices within the larger world of far-right conspiracy theories have consistently fostered fear through what they claim is “stealth jihad.” The working assumption within these circles, of course, is that the kind of jihad waged by al-Qaeda and ISIS is “true” Islam and the normal ideology of any Muslim who is bold enough to take their religion seriously. But Muslims are clever, as the narrative goes, and they have learned that infiltration and subversion are a much better means of waging jihad in western democracies. One can find evidence of this in America wherever there are high concentrations of Muslims, especially immigrants: fast food chains serving Halal items, supposed efforts to implement local sharia courts (so-called “creeping Sharia”), making sure to keep average Americans in the dark about the “real” goals of Islam, and — most subversive of all — the infiltration of American politics as a means to turn America into a Muslim country. Fears of Islam’s ascendancy were epitomized in Robert Spencer’s 2008 book, Stealth Jihad: How Radical Islam is Subverting America without Guns or Bombs, and it has made the rounds within the rabbit hole of right-wing conspiracy advocates since then. If we step back, one need only look to the the Know Nothing Party in the 19th century or anti-Catholic conspiracies and McCarthyism in the 20th century to recognize the common themes of xenophobia and racism.

But in the last decade or so, these conspiracy theories, often rooted in the birther movement, have taken on a layer of partisan politics as proponents have commonly charged those on the left with enabling this supposed infiltration through policies of tolerance, undermining America’s Christian identity, or by electing a secret Muslim to the presidency in 2008. Spencer and others have helped fuel at least a decade of such anti-Islamic sentiment and fear among the same crowds Trump now plays to at his rallies.

Conservatives will certainly find legitimate policy disagreements with these members of “the squad,” but for many on the far-right, the fact that Ilhan Omar and Rashida Tlaib have won seats in the House is not necessarily a testament to the fact that immigrants, and the descendants of immigrants, are allowed to advocate for change through legitimate participation in the political process. Rather, the success of Muslims in office is evidence that their fears about Muslim infiltration are becoming a reality.