Jay Case teaches at Malone University in Canton, Ohio and I am a fan of his new book, An Unpredictable Gospel: American Evangelicals and World Christianity, 1812-1920 (Oxford, 2012).

Jared: How did you get interested in the history of Protestant missions and how does your book fit into current scholarship about this topic?

My wife and I taught at a school in Kenya for missionary kids, Rift Valley Academy, between 1986 and 1993. It was a truly amazing and transformative time in my life in many ways. Living in Kenya provoked about 47 different questions in my mind about Christianity, culture and missionaries. So when I went on to graduate school in American religions history at Notre Dame I wanted to try to figure out answers to some of those questions in my dissertation. I answered a few, but about 83 more questions were provoked in that process. The long-term result of all that is my book. I still have questions, though.The book fits pretty well into work done by missiologists (theologians and historians who study the theology and history of missions). It draws upon work done by scholars like Andrew Walls, Lamin Sanneh, Brian Stanley and Dana Robert. However, there doesn’t seem to be a great deal of crossover influence between missiologists and American historians. Most (but not all) of the work on missionaries done by American historians operates out of a Cultural Imperialist or post-colonial school of thought. Some of what I do in this book is consistent with the general thrust of those schools, but some of what I do challenges them. So we’ll have to see how the American historians react.

Jared: In the book you write about Baptists, Methodists, the AME Church, and the Holiness movement. How did you come to focus on these groups?

Jay: I grew up Methodist and I married a Baptist. Research is often autobiographical in some way, isn’t it? But there is more to it. Most of the scholarship on 19th century missionaries focuses on the well-educated groups of the Protestant establishment, like Congregationalists and Presbyterians. Methodists and Baptist often just get thrown in as less eloquent versions of the same thing. However, in graduate school I came across the Baptist leader Francis Wayland who argued in 1854 that missionaries should be careful not to de-nationalize converts or try to turn mission stations into little European cities. I had to figure out how he got to the point where he could say this kind of thing seventy years before anthropologists were thinking this way about culture. Then I began looking at the Methodist missionary William Taylor who was arguing for a color-blind missionary policy in the 1870s. At that point, I began to think that there might have been democratized dynamics among the Methodist and Baptist traditions that produced different missionary dynamics than the more established Reformed traditions.

Jared: If you were to compare and contrast how these Protestant denominations fit into your overall narrative, what would you say?

Jay: Hmm. I don’t know if I can give an adequate compare/contrast in less than 320 pages. But I’ll say this: there is a lot of diversity and complexity out there. Different individuals working for different evangelical traditions in different cultures around the world in different eras….it gets complicated. What they have in common is evangelicalism. Thus, I see some general patterns, stemming from those evangelical commitments, which play out in diverse ways. I use a common four-part historical definition of evangelicalism (the need for a personal commitment to Christ, biblical authority, the command to evangelize, and an emphasis on the atoning work of Christ) as the foundation to explain missionary actions. In their own way, each of these four characteristics creates paradoxical dynamics in the evangelical relationship to culture, power and influence. And so…well, readers will have to buy the book to figure out how that plays out.

Jared: Do you think any of your conclusions or arguments about missions would be surprising to many evangelicals? To secular-minded readers? If so, what would these surprises be?

Jay: Evangelicals who aren’t deeply acquainted with the missionary movement might be surprised to discover that missionaries have always been lousy at converting large numbers of people. There are important dynamics of power and culture at work here that explain why – and they won’t surprise evangelicals who are familiar with the missionary movement. Evangelicals might also be surprised to find out that world Christianity has had an impact on American evangelicalism. For instance, a movement of Christianity in Burma among the nomadic Karen people in the 1840s and 50s directly influenced northern evangelical support for African American colleges in the American South in the 1860s and 70s. I argue that, essentially, without evangelical movements of world Christianity in Asia, Hawaii and Africa in the early 19th century, we wouldn’t have colleges like Morehouse, Spelman, Fisk, or Howard. It’s a strange connection. However, I believe that movements of world Christianity have affected American evangelicalism and American culture, via the missionary movement, in ways that we just haven’t noticed because we haven’t ever thought to look for them.

Secular-minded readers might be surprised by my claims that missionaries tended to be less racist and less ethnocentric than any other group of Americans in the 19th century. That includes most intellectuals and academics from that century. Now, before evangelical readers get too triumphant about this, I should explain that it wasn’t because evangelical missionaries were naturally more ethical on these issues than other Americans. They carried plenty of racism and ethnocentrism with them to other cultures. But there were dynamics within the missionary engagement that challenged missionaries (consciously or unconsciously) to adjust their practices and thinking about people from other cultures. Unfortunately, few evangelicals thought deeply or systematically about these things, so they didn’t always effectively implement insights into later policies. So missionaries kept making similar mistakes over the years. We evangelicals have been much better at promoting active ministries than forming careful theology.

Nothing Rhymes with Gehrz (COVID Edition)

My favorite, strangest, most intermittent podcast dropped an episode today. That’s right, for the first time since January, there’s new Nothing Rhymes with Gehrz to enjoy! As Sam Mulberry and I continued my quixotic quest to find a rhyme (in English) for my odd last name, we riffed on six words, most having some kind of COVID […] 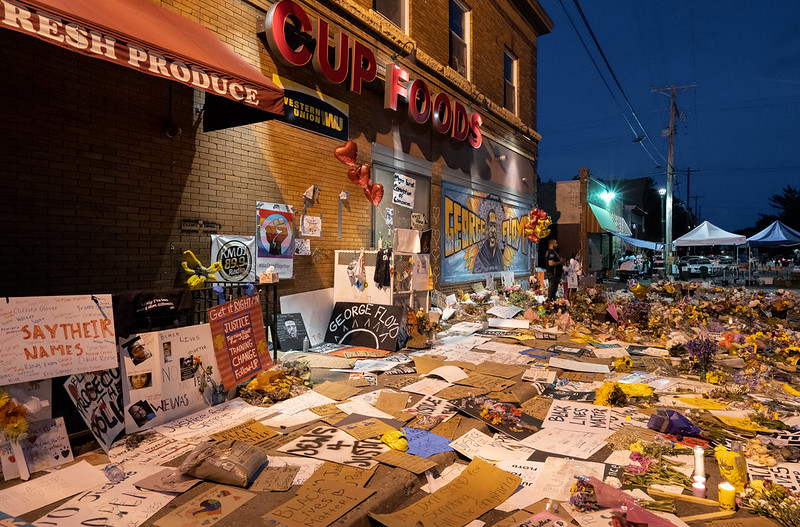 This week I summarized a new group’s statement of Pietist values, reported on a baseball simulation I’ve been running with my son, and announced the most popular posts of the half-year at The Anxious Bench. Elsewhere: • Like millions of others, we spent the 4th of July weekend watching the filmed version of Hamilton, which […]

What have Trump’s evangelicals been saying since our last update? Court evangelicals are getting massive checks from the federal government. The money comes from the Payback Protection Program, a program to help small business during the pandemic.  Peter Montgomery reports. Elana Schor is also on the case. Robert Jeffress is on the Jim Bakker Show today. He is talking […]

*Harper’s Magazine* publishes “A Letter on Justice and Open Debate”