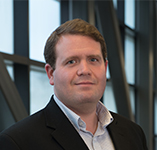 Check out some of the posts over at Rock History Professor, a new blog by my friend and fellow Hoosier, Barton Price, who is now blogging on the “intersection of rock music, American culture, and religion.” In addition to teaching on the history of Rock and Roll, Barton works in academic support services at Purdue Fort Wayne. His latest post explores the way the space race influenced rock music in the 1970s. (I remember the Petra cassette tape covers where electric guitars were shaped like space ships … blogged about Petra here.) 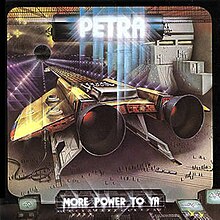 Throughout the 1970s there was a fascination with space themes in rock music. This was especially captivating those bands inspired by the musical exploration of psychedelia. They wanted to combine their ambient music with lyrical and visual themes drawn from science fiction and contemporary science. As a result, we arrived at a new term: Space Rock. There were precursors to Space Rock even in the 1950s. In 1959, British songwriter composed the instrumental song “Telstar” for the band The Tornados. It sounds like a theme song so a sci-fi show from the ’50s. The song garnered a #1 hit in both the U.S. and in England. Fast forward almost ten years, one of the first prominent bands within this movement was Pink Floyd. In the midst of the Syd Barrett era, they had already performed space-themed songs such as “Astronomy Domine” and “Interstellar Overdrive.” Then, during the BBC broadcast of the moon landing in July 1969, Pink Floyd performed live their largely forgotten tune “Moonhead,” a pulsing, ambient jam to accompany the ethereal views of humanity in the heavens …

This is just the beginning of a great post with cool videos. Check out the rest here.

College for Christians: Some Listener Q&A

We’re planning to record one more special episode this summer to conclude our first season of the College for Christians podcast, but this week we paused to answer a couple of questions from listeners — plus one that we had ourselves but had never fully addressed. Stream or download that episode from Podbean, Spotify, Apple Podcasts, […]

We’re headed down to the basement for the first tornado warning of the season up here in Minnesota, so briefly: This week’s episode of College for Christians is our most in-depth yet, as special guest Alex Hintz answered all the questions Sam and I could think of regarding financial aid. A former student of mine, […]