Is there something about academe that attracts those prone to depression and anxiety? Does the modern academy, with all its stresses and strains, contribute to depression among faculty members? This post gets a little personal. I can’t promise to respond, but comments are welcome. 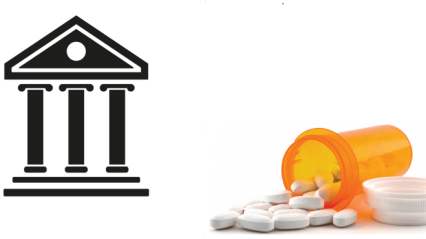 As a young person, I wrestled with internal tensions common to many adolescents — things like anger, anxiety, persistent questions, and insomnia. I was drawn to rainy days, minor keys, and that U2 song about never finding what you’re looking for. As soon as I found out about personality categories, I concluded I was “melancholy” without even taking the test. It just sounded right for me. For years I experienced profound and disconcerting intellectual and spiritual uncertainty.

As an adult, I have wondered if the tensions I experienced were actually more than simply routine adolescent “issues.” Perhaps what I had believed to be the baggage of having a “melancholy” temperament may have been symptoms of depression and anxiety. I hesitate to make a big deal about it because I realize that many others, including some I know personally, face challenges far greater than my own. What is more, having a dark side to my interior life led to some positive paths. My brokenness fueled my search for spirituality and my doubts helped me come to grips with the myth of intellectual certainty. I found an outlet by dabbling in music and found out that girls dig guitar players. And even more importantly, my insatiable questioning led to curiosity about what an academic career might be like. In college I found philosophy, but soon realized I wasn’t smart enough for this. After college I found out that history pulled together many of my interests and not only that, but it had the power to explain why the world is the way it is and even how I was situated in it.

Grad school was filled with more self-doubt, insecurity, and what I later learned was labeled “impostor syndrome.” How would a farm kid with no real understanding of higher education acclimate to grad school? But these demons were often mitigated by the companionship of my amazing wife and raising a family while in school. My demons were also overshadowed by a persistent sense of exhilaration and wanderlust. My professors were interested in what I thought. They helped me to network and introduced me to high-powered intellectuals and authors like George Marsden, whose book on American fundamentalism had once been a personal breakthrough both in terms of understanding my background and also in discovering how historians deconstruct culture. I soon gave papers at conferences and cut my teeth in the classroom as a TA at a major research university. It was a dream. And it turned out I was one of the lucky ones because I actually landed a job.

After a few years into my teaching job, my mood swings and anxiety began to resurface. I still didn’t see it for what it likely was, mainly because I didn’t associate my symptoms with depression. I have to give credit to my mother who first challenged me with “Are you depressed?!” on one of our family visits  back home. I didn’t take that challenge well at the time, but my mother was right, as moms usually are. I also saw that this was affecting my family. A visit to the doctor helped me understand depression was a catch-all term, not just something sad people had, and later I learned that chronic but mild forms of depression can be especially difficult because they are often unrecognized.

As it turns out, this seems to be pretty common for academic types. Could it be that academe attracts souls who are prone to depression and anxiety and/or contributes to it at the same time? Based on conversations with other academics, it seems that impostor syndrome, at least, is just a normal part of being a grad student or new faculty member.  A quick search through past issues of the Chronicle of Higher Education or Inside Higher Ed reveals that academics can be some of the unhappiest and depressed people around. This is true for both those working toward tenure and for those in part-time or “contingent” positions. Heck, one can even find a website called “depressed academics” and elsewhere the life of the typical faculty member has been compared to an “anxiety machine.” Some suggest a possible link between intelligence, creativity, and mental illness. Others say its because academics have intense personalities or find themselves isolated with no real friends and little activities outside campus. Even reading negative student evaluations can feel like “hell” for those prone to depression.

Here are some more specific triggers. Perhaps you can relate?

The difficulty of producing scholarship Many of us worked hard to break into the academic life because we yearned for a career that would feed an innate drive to search for answers, pursue understanding, and write stuff that would contribute to the body of knowledge. Yet in reality, attending to the conveyor belt of faculty responsibilities can seem to conspire against the very thing that motivated us to become academics in the first place. This can be depressing.

Suppressed feelings of inadequacy Some have said that the very culture of the academy encourages faculty members to stay silent about feelings of inadequacy. We think we need to be engaging teachers who captivate and inspire our students, creative intellectual innovators who solve society’s problems and publish work that makes a splash in our discipline. We are to help take care of our institution, enlarge our programs, recruit paying students and be an engaging colleague at every turn. Oh yeah, and our family’s pretty important, too. But if we can’t seem to pull off all of this with professional poise, perhaps we really weren’t cut out for the academy like we thought. It may leave us feeling burned out with nowhere to turn.

Online media We are also told we’re supposed to curate a “digital identity” with hundreds of followers so we we’ll sell lots of copies of that award-winning book that will never get finished. Some academics can do this really well and I hate them. Just kidding. I admire them immensely … but I still sort of hate them too. They manage to write innovative scholarship while doing the academic celebrity thing and still blogging daily – in between clever tweets about “my latest” in The Atlantic or The New Yorker. Some of these people will have conceived of timely books, landed a contract with Oxford Press, turned in a manuscript, and completed online interviews and podcasts in the time that it took me to write this mediocre blog post. But seriously, for many academics, even some who manage to maintain an online presence, the same anxiety produced by actual social situations can also exist when navigating academic versions of social media, especially if they are prone to play the comparison game.

Cognitive dissonance If you’re not a person of faith, maybe this one won’t be relevant. But I have found that the culture of higher ed can make one forever dissatisfied with popular institutions of faith. Yet matters of faith, because they cut to the very heart of our identity and experience, affect us deeply. In graduate school we learn the power of deconstructing the world around us and if you’re like me, we rarely turn this off in our minds, even on Sunday. For me, it means that I have come to live with the cognitive dissonance of participating in evangelicalism while simultaneously rejecting much of the popular sub-culture it represents. I do not want to contribute to the current wave of criticism leveled against evangelicalism here, so I won’t go into detail. I will only say that I find that being an academic surrounded by populist evangelicalism is emotionally taxing — especially right now — and Sunday mornings are often a trigger for intellectual and social anxiety. Based on conversations with other academics, I know I am not alone.

These are just a few talking points. I’m sure others could add their own. The good news is that there’s a growing conversation about depression, anxiety, and the academic life and how to deal with related problems. At my own institution, we are having conversations about work place satisfaction and healthy work environments – even in the midst of budget crunches and financial pressures. Some institutions provide formal support for faculty with these struggles. This makes me hopeful that progress is taking place.

Perhaps his makes just a small contribution to this ongoing conversation and I look forward to others’ comments. In the meantime, pass the meds.

5 thoughts on “Praise the Lord and Pass the Meds: Depression, Anxiety and the Academic Life”

Have You Subscribed to The Pietist Schoolman Newsletter Yet?

Did you know that I’ve been publishing a Pietist Schoolman newsletter through Substack? Since early July, subscribers have been receiving at least four issues per week, including a Saturday links wrap and Sunday devotional reflection. During the week, I’ve written about topics like “early college,” the “spiritual but not religious,” patriotism, COVID, and Holocaust commemoration. […]